Argentina extended their unbeaten record to 35 games against Jamaica in September 2022, the greatest ongoing undefeated streak and close to the longest in international football history.

Argentina’s run began in 2019, with the national team winning Copa America 2021, defeating Brazil 1-0 on home soil, and securing a place in the 2022 World Cup.

It’s a tremendous run from Lionel Scaloni’s team, and it’s ideal preparation for the World Cup in Qatar in November. Argentina qualified for Qatar with two games to spare, securing a berth nearly a year before the tournament finals.

Despite being unblemished, they finished second in the World Cup qualification rankings. Brazil finished ahead of them in qualification, likewise unbroken, but with more victories and fewer draws.

If Italy can avoid defeats against the UAE and Saudi Arabia in November, Scaloni’s team would have matched Italy’s record international undefeated streak.

Argentina’s winning streak has included three games versus Brazil. Messi’s team won two of these, including the Copa America final in 2021, while one was a tie. Two of the five games versus Chile were victories, while the other three were draws.

The game against Brazil, slated for September 2021, is not included in the undefeated streak. After a few minutes of play, Brazilian health officials came to the pitch after four Argentina players violated quarantine restrictions by participating in the game. Scaloni’s team, on the other hand, did not let that deter them from continuing their great qualification run. 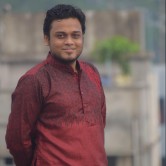